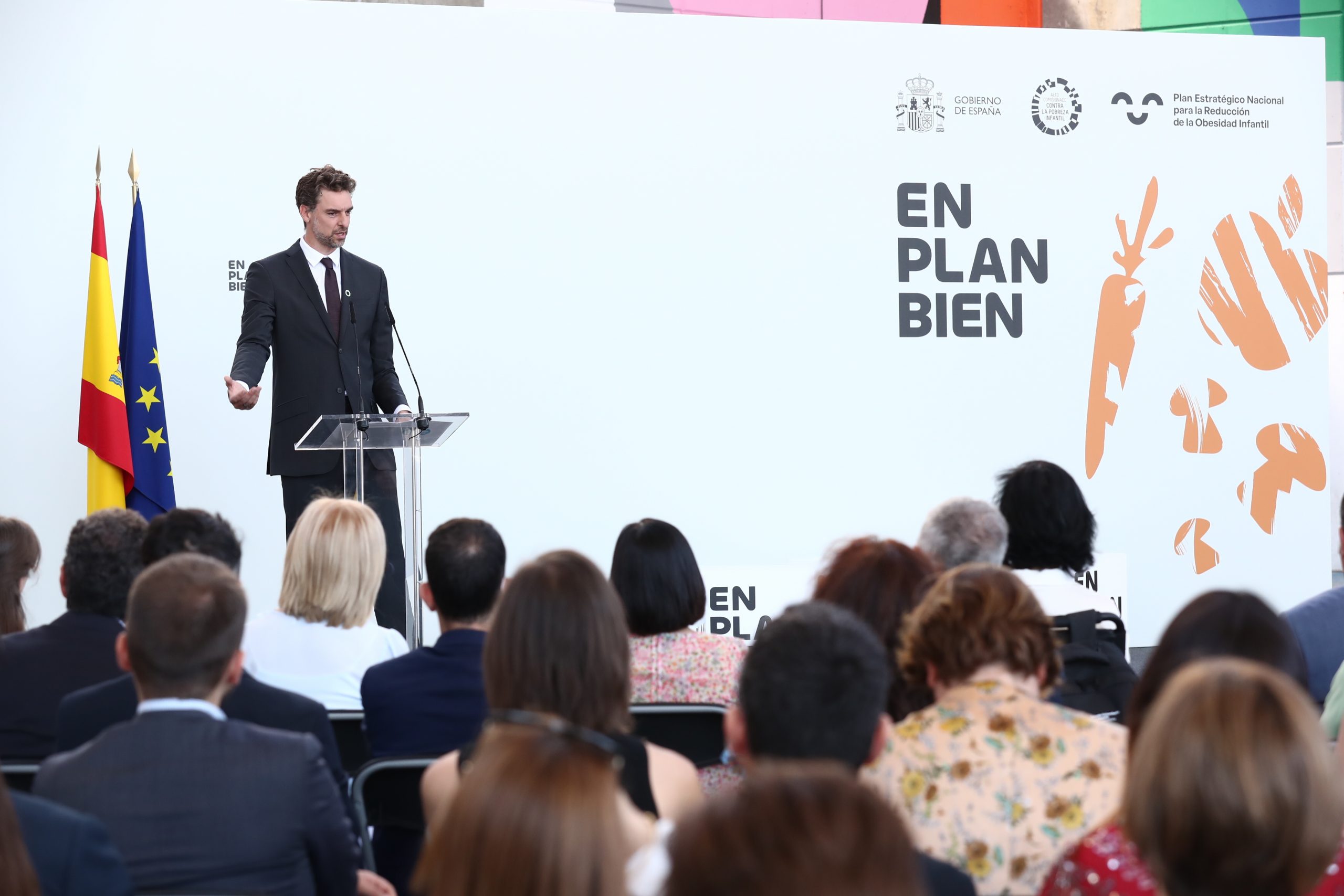 San Francisco, October 5, 2022. On October 5, 2021, Pau Gasol announced his retirement from professional basketball at the Liceu Opera House in Barcelona. One year later, he is taking stock of his first 12 months devoted entirely to his institutional, business and philanthropic projects. “I’ve retired, but I haven’t stopped working. I want to give back to society, which has given me so much,” he says. During this period, he has also received numerous awards for his career. This includes the Grand Cross of the Royal Order of Sports Merit, the highest distinction in sports in Spain, as well as Catalonia’s prestigious St. George’s Cross, among others.

During the Tokyo Olympic Games in the summer of 2021, Gasol’s fellow athletes elected him as a member of the IOC Athletes’ Commission. He has attended several Athletes’ Commission meetings this year, contributing his vision on opportunities in sport. This position is initially for a term of eight years. Gasol also sits on the IOC Ethics Commission and the Coordinating Commission for the Los Angeles 2028 Olympic Games.

Another new activity this year in his support of athletes has been Gasol’s investment in the WNBA (Women’s National Basketball Association), along with other personalities who have led the largest investment round in the history of women’s sports. He also recently announced his new role in FIBA as an ambassador for the competition.

Apart from that, Gasol has continued to work on projects he had already started before his retirement. For example, he is an ambassador and global advisor for FC Barcelona, vice president of Basquet Girona (the Girona, Spain-based basketball Club). He is also a member of the Spanish Olympic Committee and the Spanish Sports Advisory Council.

The main milestone achieved by Pau Gasol and the Gasol Foundation this year was the presentation, together with Spain’s President Pedro Sánchez, of the National Strategic Plan for the Reduction of Childhood Obesity. This plan was developed in collaboration with the Spanish government and coordinated by the High Commission Against Child Poverty. Along the same lines, the Foundation created an alliance with social organizations dedicated to protecting children to ask governments to regulate the advertising of unhealthy foods aimed at children.

In Gasol’s role as UNICEF’s Global Champion for Nutrition and the End of Childhood Obesity, he has marked the last few months with support for UNICEF’s work to protect children in the face of the tragedy in Ukraine.

In his interest in promoting healthy habits among children, Gasol continues to organize the Pau Gasol Academy by Santander, which returned to an on-site format this summer. He also leads numerous programs and studies on childhood obesity through the Gasol Foundation, such as the recently renewed agreement with Grupo IFA to promote healthy habits among children and families.

In the business arena, Gasol supports projects related to sports and wellness, as well as Spanish entrepreneurs with ambitions for global growth. In the area of sports and wellness, Gasol is an investor and member of the Board of Directors of Overtime Elite; an investor in and ambassador for Oura and Therabody; and an investor in and advisor to Better Up, Sports Innovation Lab, INDYA and Draftea. He is also a member of the advisory board of  Consello.

In supporting Spanish entrepreneurs with global growth ambitions, Gasol is an investor and advisor to Colvin, a company already revolutionizing the flower industry in several European countries. He also began his role as Cultural Change Advisor to Iberia this year.

Over the next 12 months, Gasol will continue to try to make a positive impact on people’s lives through these projects and others that he will announce soon. “This new journey of entrepreneurship and increased social impact has just begun,” he said. “I have the same ambition to achieve great goals as when I was a professional basketball player.”