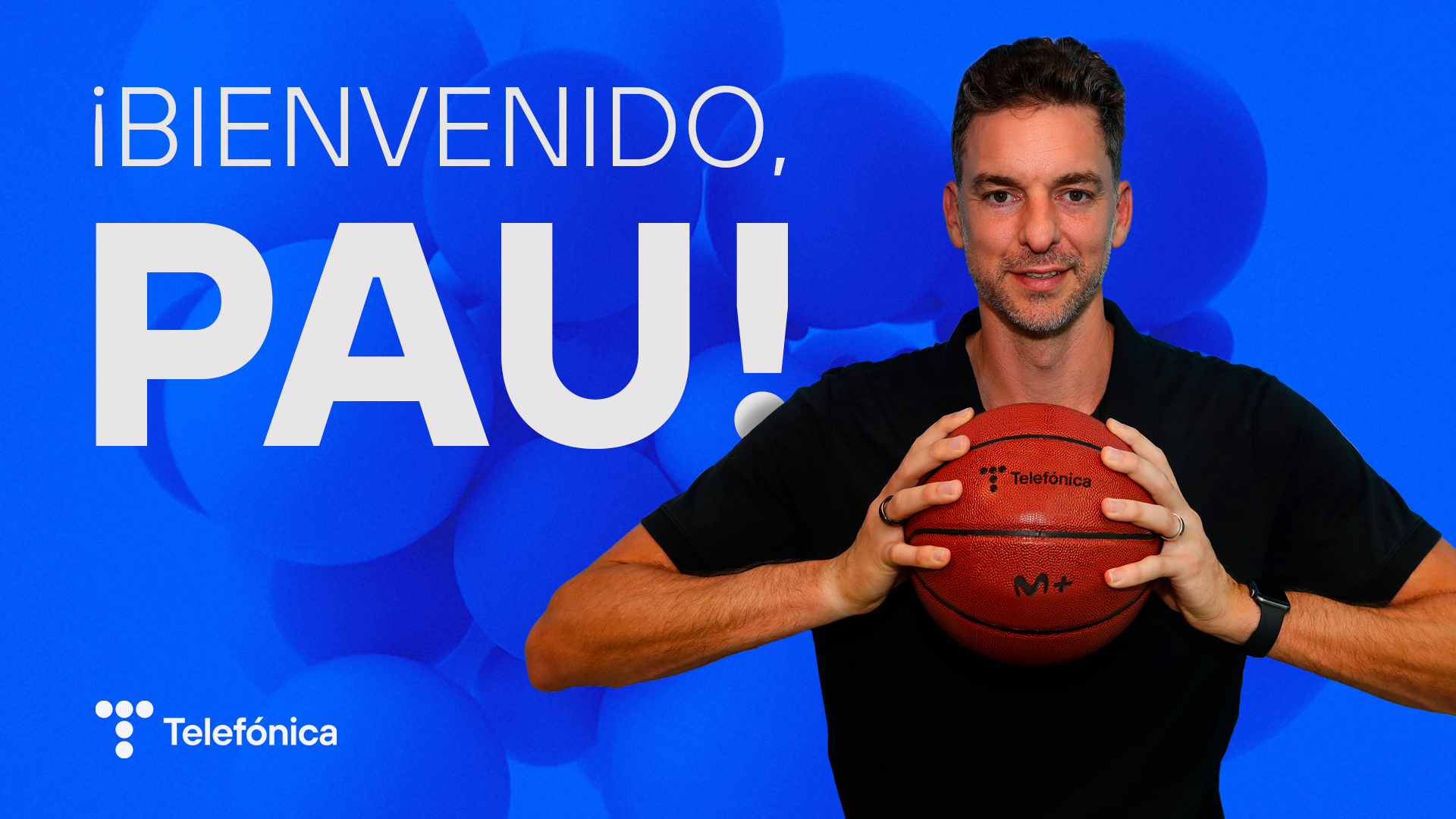 Madrid, 25 January 2023. Pau Gasol, the best Spanish basketball player ever, will be Telefónica’s new ambassador around the world. For the next three years he will represent both the institutional and commercial brands in Spain, the United Kingdom, Germany and the Latin American countries where the company is present.

Pau Gasol has managed to transcend the sporting arena and has millions of fans around the world thanks to the values he represents: confidence, self-improvement, teamwork, talent… These values are also Telefónica’s own, which will promote them from now on with this basketball legend.

Telefónica is going to collaborate with Pau Gasol to promote the importance of healthy lifestyle habits and sport in today’s society, especially among young people. This is a project to which the former player currently devotes much of his time and which is materialised through the Gasol Foundation, which he founded in 2013 together with his brother Marc Gasol.

As Telefónica’s ambassador, Pau Gasol will also boost the visibility of Spanish basketball through Movistar Plus+. The Spanish player will participate in the platform’s most important broadcasts (NBA, ACB and Copa del Rey), will be part of new exclusive reports that will have the unique signature of Movistar Plus+ and will take part in the platform’s news and programmes.

The international basketball star, who is also an entrepreneur and advisor on wellness-related projects, will share his knowledge, experiences and interests in the fields of sports support (Podium Scholarships), entrepreneurship (Wayra), technology (Telefónica Tech) and educational innovation (42), among others.

The collaboration and closeness with athletes has led the company to promote various initiatives to share values and projects that benefit society as a whole. This appointment reinforces Telefónica’s commitment to sport and its constant support for Spanish basketball.